Less More
22 Jan 2021 14:03 #388685 by mapoui
HBCU CON, a weeklong basketball and academic experience for elite players from Historically Black Colleges and Universities will be offering instruction embedded with skill development from former and current NBA professionals and training for male and female HBCU student-athletes aspiring to play professionally.
HBCU CON will occur June 12-19, 2021, at the Chris Paul Basketball Academy in Winston-Salem, NC. The weeklong event will encompass a two-day tournament with a televised championship game played on Juneteenth, seminars, college fair, vendors, and E-Sports lounge. More importantly, an internship initiative will be available to support HBCU students obtain real-life training and industry connections in the pursuit of a business career in sports. Some of the proceeds from the event, which is in partnership with TLS Sports, The B’elle Group, Cxmmunity, and HBCU Gameday, will be donated to HBCUs.
“HBCU CON was created because we weren’t seeing adequate representation of HBCU athletes being drafted to the professional ranks nor HBCU graduates involved on the business side of sports whether a corporate or production position,” says Chuck Stinson (graduate of Morehouse College), Managing Director of TLS Sports. “We see the issue as a lack of exposure, training, and knowledge.”

TLS Co-Founder & CEO, Cicero Leak added: “TLS is excited about the launch of HBCU CON. We look forward to helping level the playing field for those who attend historically black colleges or universities that aspire to make it to the next level but are overlooked.”

“The Chris Paul Basketball Academy is excited about the opportunity to host the first-ever HBCU CON. Our organization understands the history that these illustrious universities carry, and we want to continue to bring attention to them on a national scale. This event will allow athletes who are not always in the national spotlight to gain valuable exposure that will hopefully propel them to the next level professionally,” says Julian Flack, General Manager of the Chris Paul Basketball Academy.

About TLS Sports
TLS Sports is a division of TLS Talent Agency founded by HBCU graduates, Cicero Leak and Tristian Turner that has represented talent such as Shark Tank’s Daymond John, Sway Calloway, Kid N Play, Fonzworth Bentley, Grammy Award Winner Fantasia Barrino, Big Tigger, Academy Award-nominated director James Fargo and from Tyler Perry’s If Loving You Is Wrong actress April Parker Jones. The sports division launched last year and was formed to focus on helping athletes that attend HBCUs to get their shot at the next level at becoming professional athletes. 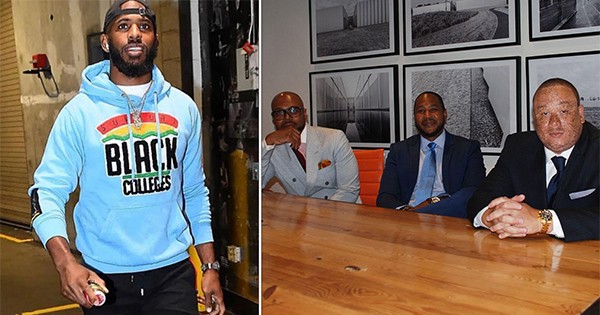