For months, former President, David Granger, refused to acknowledge the results of the March 02, 2020 Elections while claiming that “as President of Guyana and leader of the government, it is my policy that any declaration which comes from the Chairman of GECOM would be recognized by the Coalition government.” While Granger continued to repeat that pledge, he allowed his party agents, his party lawyers and his attorney general to move to every court to prevent the result of the recount establishing that the PPP had won the elections. Granger continuously repeated the refrain that his government and his party would abide by the rulings of the courts but, all the while that Granger pledged his innocence of his party’s blatant, ugly and unforgivable attempts to rig the Statements of Poll for District 4 by Clairmont Mingo, aided and abetted by Keith Lowenfield and Roxanne Myers, he had his chief lieutenant, Joseph Harmon, leading the charge to keep his government illegally in office.

It was Harmon who declared on Bobby Vieira’s 104.1Lite FM that “those persons who are calling for Mr. Granger to concede, that is not going to happen.” At the time, in a television Commentary I broadcast on TVG, Channel 28, I said that “These are men and women who are conniving, ruthless, ignorant and criminal in their intent. They do not care for the consequences of their action. They do not care for the rule of law. They do not care what the courts rule or do not rule. These are men and women who have decided to remain in power and damn the consequences. They care not what damage they do to Guyana. They do not care and will not recognize that the majority of Guyanese have voted them out of power.” Granger capitulated under the enormous pressure of international condemnation, overwhelming public opinion and the reality that Guyana’s military forces and police were fundamentally committed to democracy and would not back a coup.

Our former president has since disappeared from sight, but little else has changed. He has left his party in the charge of those who “do not care for the rule of law, do not care what damage they do to Guyana”. He has appointed Joseph Harmon as leader of the opposition to continue the fiction that his party had somehow won the election and that, according to Harmon, the PPP “are sitting in government on the basis of a flawed and a fraud system”. Harmon was reacting to the insistence of Vice President Jagdeo that those persons chiefly responsible for manipulating the District 4 Statements of Poll, Lowenfield, Mingo and Myers, must be removed from the Elections Commission before any further elections are held, a position embraced by every Guyanese determined to ensure that our elections results are protected from any further fraud and manipulations. David Granger’s disappearance from sight and hiding from taking political responsibility for the leadership, attitude and behaviour of his party in opposition by assigning it to Harmon’s divisive and destructive leadership will do irreparable harm to the future of our country.

To make matters worse, Granger has left the Jones’, the Duncans’, the Pattersons’, those who have manifested a total absence of integrity and honesty in office, to be his chief spokespersons in opposition. In complete contrast, President Irfaan Ali, from the day he assumed office, has committed himself, his party and his government to the language and intent of “inclusion”. He pledged, in his first address to the National Assembly, his government to serve the people of Guyana, “every one of them, regardless of race or creed”. He had this to say about the expectations of all Guyanese: “They want us to be partners in serving the country, not adversaries in pulling it apart. That is not to say that they did not expect us to disagree or that they did not anticipate that we would differ. But they do not expect us to differ at their expenses or to disagree to their detriment…To do so, calls for political maturity that puts, at all times, the national interest and the people’s welfare above all else”.

It is impossible to disagree with those sentiments coming from the leader of our country. It is reasonable, however, to expect the political opposition to challenge their sincerity, but not in the manner pursued by Harmon. The APNU/AFC, between them, in all reality, the People’s National Congress, of whom David Granger remains the leader, command a significant portion of the country’s vote. They can use it for constructive or destructive purposes. They can use it in the National Assembly to voice their views, to influence the laws we pass and to hold the government accountable for their actions. That is what democracy is all about. That, however, is not what Mr. Harmon and the belligerent group around him represent nor where they are coming from. Harmon has continuously embraced the language of confrontation. He has no intention of reaching across the aisle. He is persistent in calling the government illegal, but in the same breath, demands that the President recognize him as Leader of the Opposition. He prefers to keep his elected members in the street rather than in the Parliament where they properly belong.

Harmon and the group around him are wedded to the falsehood that APNU/AFC won the elections, are determined to mislead their party supporters to this end but, unwilling, because they are unable to provide any evidence, including the disclosure of the Statements of Poll in their own possession, to prove their contention. The president, more than once, has “called for political maturity that puts, at all times, the national interest and the people’s welfare above all else” and has resorted to the words of Martin Carter that “all are involved; all are consumed”. It is time for Granger to come out of hiding. It is time now for Granger to get rid of Harmon. It is time for Granger to let his party know, a party which I once supported, though in different times and in different circumstances, that it is time to come out of the shadows, face up to the reality that they are the legitimate majority opposition party, that it is possible and prudent to reach across the aisle and put President Ali’s commitment to inclusion to the test and hold him to the promise of giving meaning to his call for “one Guyana”, work with the government to reform and reorganize the Elections Commission and revisit the Constitution and, yes, when the time comes, contest the elections again.

Kit Nascimento
Always tell someone how you feel because opportunities are lost in the blink of an eye but regret can last a lifetime.
cricketwindies.com/forum/

Less More
14 Feb 2021 17:59 #389090 by chairman
go to editor not working. bottom right
Always tell someone how you feel because opportunities are lost in the blink of an eye but regret can last a lifetime.
cricketwindies.com/forum/ 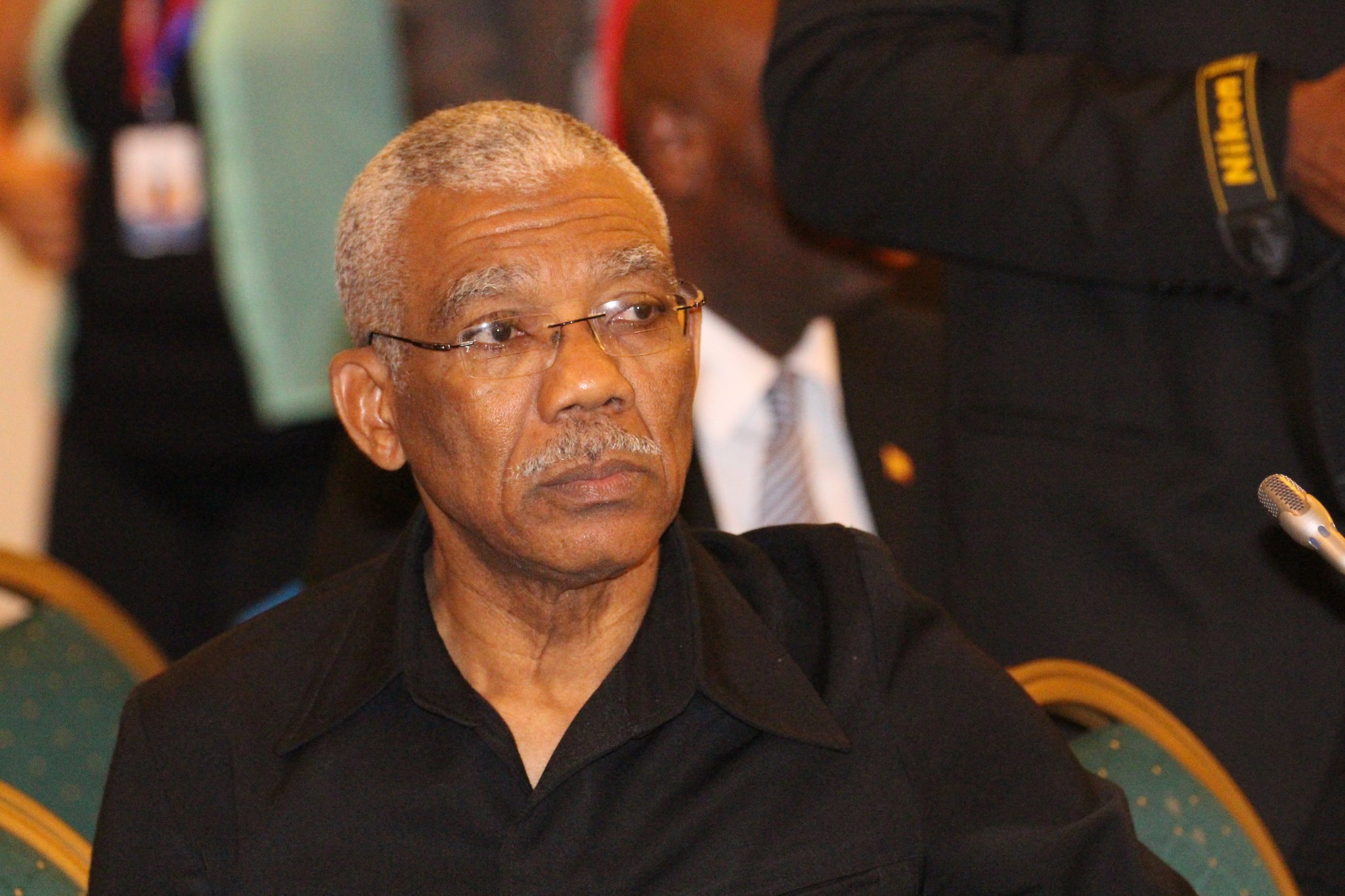 when you click on go to editor. there are smilies and we can post pics using a url feature
Always tell someone how you feel because opportunities are lost in the blink of an eye but regret can last a lifetime.
cricketwindies.com/forum/
Last edit: 15 Feb 2021 10:45 by chairman.