Less More
22 Feb 2021 13:00 - 22 Feb 2021 13:02 #389225 by chairman
Guyanese Melody Queen Seeta Panday has passed on in New York. She was well known among Guyanese, Trinis, and Indian nationals as a legendary artiste. Community leaders expressed grief over her demise. 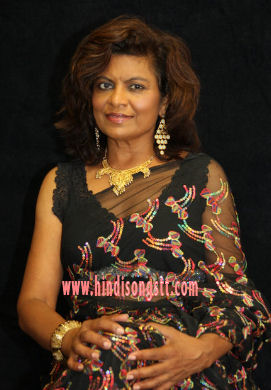 Seeta, as she was popularly known, held a special place in the heart of the Indian diaspora for her singing talent and her generosity in community events. When she was hospitalized, there were prayers for recovery. She had legions of fans, who are saddened to learn of her demise. The Indo-Guyanese, Indo-Caribbean communities are in shock as news of her death made the rounds.

Seeta was acknowledged by Indo-Guyanese community leaders not only as a fantastic singer but also a great human being. She sang Bollywood, local Chatney, and devotional songs. She recorded several albums over the last thirty years. She also led several groups on tours to India. Seeta is a product of Hampshire, Corentyne, and migrated to New York around 1980. She used to sing at public events throughout the Corentyne.

Seeta performed at countless functions. Her performances, renditions with an evergreen voice, were bankable. She sang solo and duo as well as in choral performances. Her voice mesmerized audiences wherever she performed. And she performed in various locations in America as well as in Canada, India, Guyana, Trinidad, Jamaica. She carved a special place for devotional songs related to Diwali and religious services. The community expressed anguish over her passing.


She will be remembered for her bhajans and remarkable Hindi Filmi songs with her inspiring voice. She contributed to charitable humanitarian service, the way few did. She never said no to a request. She committed herself to her people. There was hardly a public event that involved singing Indian (Hindi, Bhojpuri, Guyanese dialect) songs that she was not asked to put in a performance. Her presence at public events was always acknowledged because of her standing in the Indo-Guyanese and Indo-Caribbean community. She gave of her service willingly without payment. She performed at countless events including at every Indian Arrival Day celebration in New York going back for two decades.

Seeta was a true patriot, a faithful servant of the Guyanese diaspora in America. She supported and or lent a helping hand at every fund raising event that was Guyanese, Indo-Caribbean, and Indian diaspora related. She was at the annual Guyana Independence Day and India Independence Day events. Her presence was noted at the India Day parade as well as at the Diwali and Holi parades. She was honoured for her singing talent and charitable, community activities by dozens of organizations. Regrettably, she was not recognized or honoured by the governments of Guyana or Trinidad or India for her contributions to the diaspora of those nations.

As Dr. Tara Singh, President of the Guyana Democracy Project, noted, “With the death of Seeta, the community is very saddened. She is a terrific singer, a legend. She is a cultural icon. She is one of the most respected and versatile vocalists of the Indian, Indo-Caribbean and Guyanese diasporas. Her community work is immeasurable. We have lost a great soul, a terrific personality. No one can replace her”.

I’m very fortunate to have attended countless events where Seeta performed including at mandirs, weddings, matticores, funerals, wakes, jhandis, Koran Shariefs. Bhagwats, Ramayanas, concerts, and the like. She had a very warm, friendly, charming personality. She had a lovely voice of a nightingale. In her speech, she had a gentle voice and always a smiling face. She was never angry or upset with anyone.

May her soul rest in peace. Her family should take comfort in the fact that her musical legacy will live on forever! Om Shanti!
Always tell someone how you feel because opportunities are lost in the blink of an eye but regret can last a lifetime.
cricketwindies.com/forum/
Last edit: 22 Feb 2021 13:02 by chairman.

Less More
22 Feb 2021 13:05 #389226 by chairman
May her beautiful soul rest in eternal peace .
Always tell someone how you feel because opportunities are lost in the blink of an eye but regret can last a lifetime.
cricketwindies.com/forum/