Less More
18 Mar 2021 12:12 #389517 by chairman
PUNDITS and commentators and influential voices across this country tend to paint and position the society within rather narrow confines, either lumping everything into ethnic conflict and racial stereotypes, or politicising all and sundry, or blaming this or that on some party or group of people. So citizens are on this constant thread mill on the public stage oscillating between opinions around race and politics and dealing with that dogged, unproductive scapegoating phenomenon. How could Guyanese come together in oneness to cultivate a positive, creative, energetic social space? Definitely not with the old way of doing things. The society could do with some young, fresh, open voices on the national stage who see the world not through the old lenses of politics, ethnicity, and the them-vs-us mindset, but through the new way of cooperation, visionary thinking, and following the exemplary leadership of the young President Ali. 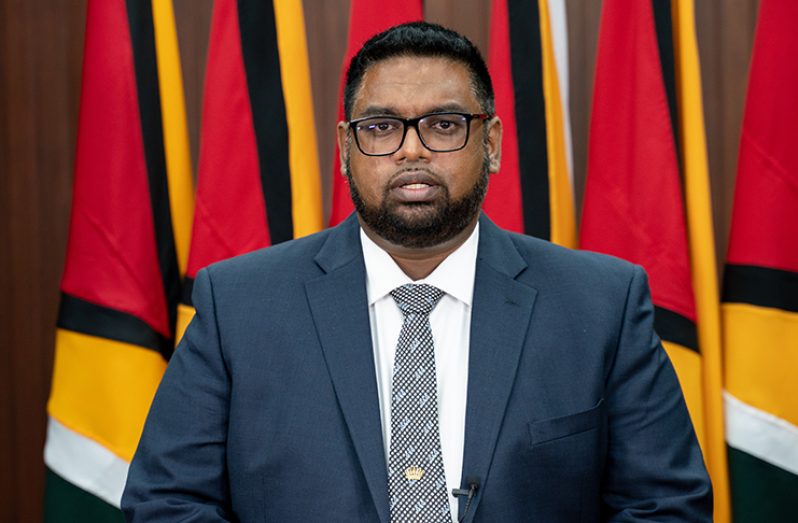 Just about every day somebody pens a letter in a national newspaper either raising an issue of racialism and ethnic conflict, or politicising some aspect of the society. In the media, all too often, folks show up on TV screens and in newspaper pages propagating these views, built around race or politics. As a society, Guyanese need to cultivate public discourses that go beyond such narrow confines. Whether it is the oil and gas sector, the public service, the sugar industry, the national budget, people should be discussing issues of general human welfare and of common concerns, rather than seeing politics at the centre of it all.

It is time for the Guyanese nation to lift its public way of being, to start seeing the future ahead, and to embrace the exciting new direction of the country, including realising that the government, freely and fairly elected, is not out to get anybody, but is committed to good governance, fairness and justice, and to build a visionary playing field for every Guyanese to join the development bandwagon.
One of the pervasive things about Guyana, over its history, is the politicising of every aspect of the society. If things go right, the Opposition either stays silent, or finds some scant reason to criticise the government, and if things go wrong, everybody blames the government. So, a sort of schism is ever present, with government supporters aligning with one side, and Opposition adherents aligning with the other.
How could the society change this way of being?

Clearly, the onus is on Opposition Leader, Joseph Harmon, and President Ali to come up with a workable formula whereby both sides of the National Assembly would cooperate, without compromising foundation values like democracy, accountability, and the ability of government to carry out its projects with full support. Although this solution seems like a political answer to the problem of how the society discusses national issues, it would set the tone for the rest of the country to follow a line of cooperation, goodwill, mutual trust, and always to seek understanding rather than foster misunderstanding and misconceptions about the other.
In the US, the world’s epitome of democracy, President Biden is showing how to achieve ground- breaking results, with a strong diplomatic reaching-out to the Republican side of the House and Senate. Despite serious acrimony and strife and differences of approach to how to solve America’s problems, both sides post-Trump are starting to make tentative steps to cooperate and work together.

Here in Guyana, as the nation stands on the doorstep of becoming a world class country, and with the real possibility that Guyanese could carve out an important international role as an oil and gas producing country, with the simultaneous goodwill of being a net-clean climate generator, it is time to lift the national platform to a place where people discuss universal ideas, concepts around the humanity of this country, and how to tap into the full gamut of what is possible for the nation.
Gone are the days when Guyanese had to get caught up in politics to right wrongs, like as happened when, for 28 years, there were no free and fair elections, or when the Coalition refused to honour the No-Confidence Motion. In those times, the society would want to become political, to restore the integrity of the democratic process. However, when the democratic fabric is well oiled and running smoothly, the society needs to move on to bigger, deeper, greater things.

And it all starts with what the nation is talking about, what media houses underline and emphasise in their setting out of the national conversation, and what talking points and guidance the influential voices in the land give to the ordinary people of the street as they ponder national affairs.
Constantly awakening people to race and ethnicity and the politicising of the society accomplishes nothing of value and worth in the lives of ordinary citizens.
What are Guyanese talking about in the markets and the public spaces? All too often they resort to politics, ethnic gossip, and the blame game. This takes away from the energy, confidence, and motivation of citizens to contribute their full human resource capital to the national well-being.
Guyanese must establish a national platform to raise the consciousness of the people from mere politics and racial stuff, to think and talk and see their country with clearer lenses, caring more about the humanity of the land than seeing the old specks of tainted political and racial views.
The new generation sees things differently, and they must be encouraged to start voicing their opinions on the national stage.
Always tell someone how you feel because opportunities are lost in the blink of an eye but regret can last a lifetime.
cricketwindies.com/forum/