Less More
18 Mar 2021 13:55 #389522 by chairman
A year ago today, for the keen observers of electoral politics in Guyana, the last vestige of David Granger’s increasingly shaky claims to honesty, integrity and decency disappeared, as well as any plausible deniability that he was not in fact leading an attempt to thwart the democratic will of the Guyanese people and to overthrow the results of a legitimate election. 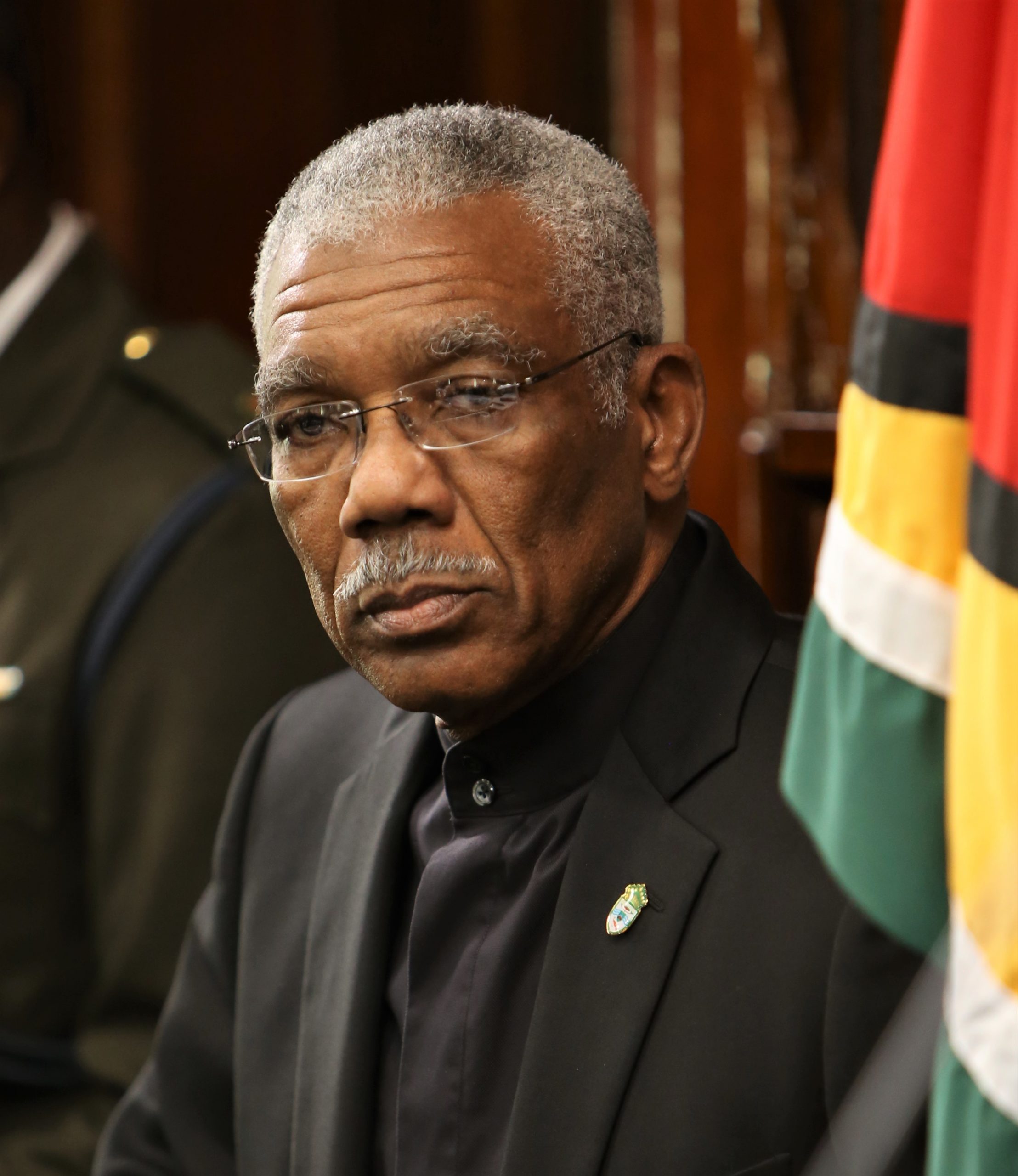 That act in the sordid drama that was the attempted rigging of the election last year, began when Granger – under fire from the international community for trying for the second time in two weeks to be sworn in on the basis of fraudulent results conjured by GECOM Region Four Returning Officer, Clairmont Mingo – was given a way out by Barbados Prime Minister and then Chair of CARICOM, Mia Mottley, who deftly announced on Facebook that the incumbent President had agreed to a recount. That was Saturday, March 14.

On Sunday, March 15, Granger would spend the entire day supposedly seeking legal advice on a simple two-page document agreeing to the CARICOM-monitored recount, a document that was signed in a few hours by his counterpart, then Leader of the Opposition, Bharrat Jagdeo. On Monday March 16, news of Granger’s eventual signature came late in the day, while opposition parties had waited all day for the recount process. With the final ballot box containers being trucked into the Arthur Chung Conference Centre compound, a Ministry of Public Health vehicle arrived under instruction of then Minister of Public Health and PNC Party Chair, Volda Lawrence, to fumigate the building, where the recount was to begin that very evening, for ants. Instead of the recount, which was in itself unnecessary, what we got instead as part of Granger’s corrupt theatricality was what the insect populations of Liliendaal no doubt remember as The Grant Ant Massacre of 2020 or whatever unit of time “eusocial insects of the family Formicidae” measure their lives by.

On the morning of Tuesday March 17, 2020, APNU+AFC candidate, Ulita Moore (formerly an APNU candidate in the 2018 local government elections), using Mr. Granger’s legal machinery, having been bought time by Granger’s delaying tactics, which included Lawrence’s ant holocaust of the day before, filed legal action seeking to prevent the very recount that the then President had eventually signed on to. While the subterfuge was embarrassingly obvious, the ‘pious’ president would remark that Moore was merely a random, regular citizen, exercising her constitutional right, a claim that he would incidentally and perhaps unconsciously concede that was not true, when months later, he would refer to the Moore’s case(s) as part of his government’s ‘legitimate’ right to challenge the results of the elections.

After five tortuous months, David Granger’s delusional attempted coup failed, and today the man for whom 217,000 Guyanese citizens voted, has not been seen in public, and has not addressed his support base, in six months at the very least. His last attempt at a public appearance was at the disastrous and inciteful visit to the family of the murdered Henry cousins in September of last year. This isn’t simply an abject failure of leadership; it is something much more fundamental.

In brief, David Granger, the politician is dead, a ghost, a duppy, a jumbie, a wight, a wraith. Not even his party, with its vast experience in electoral séances – from its enthusiastic enlisting of the dead to vote for it in the 1970s to its inane claims of seeing the dead voting against it last year – can resurrect him; indeed they’d have a better chance at doing so with their founder-leader, Forbes Burnham, the man who Granger has tried to emulate, but without the charisma, competence or basic capacity for awareness of the radically changed geopolitical context.

That said, Granger’s ghost still haunts the political machinery that he led in the attempt last year to rig the elections. Joseph Harmon might be the face of the political opposition, but he is no actual leader of it, merely the hapless and blundering factotum of a lower spiritual power: in Parliament and in the PNC (like Granger, his creature, APNU no longer exists) the absence of any clear plan, the fits of sanctimonious opprobrium, the spurious and ineffective legal battles challenging basic constitutional issues, the continued claims of not having lost the elections, the radical departure from objective reality, the sheer incompetence and the abject cowardice are all trademarks of the spectral Granger philosophy and praxis of political leadership.

And it is a dangerous thing. Democracy in a republic thrives best when there is competent contestation between representative political groups, and a key component of that contestation, from the perspective of the opposition, has to be credible leadership, not what is currently being displayed. If the political opposition is to play its rightful role, it needs to exorcise itself of David Granger’s craven ghost, as well as its chorus of shadows in the political hierarchy. They need to leave it – to its dementia and its presidential pension at Pearl, perhaps the occasional, kneeling prayerful photo op to attempt to project the façade of righteousness – and to start charting their way back towards being a credible challenge, as any decent opposition should, to the government of the day, particularly in an emerging oil economy. This is not the time for jumbie politics.
Kaieteur News
Always tell someone how you feel because opportunities are lost in the blink of an eye but regret can last a lifetime.
cricketwindies.com/forum/

Less More
19 Mar 2021 17:54 #389528 by chairman
Can they ever be trusted
Always tell someone how you feel because opportunities are lost in the blink of an eye but regret can last a lifetime.
cricketwindies.com/forum/