Less More
17 May 2021 08:11 #389950 by chairman
THE REGION Two Arrival Day Committee, in collaboration with the Regional Democratic Council (RDC), on Sunday recommissioned the East Indian Settlement Monument at Cotton Field. The monument, which is located approximately five minutes from the Cotton Field Public Road, was erected in recognition of the settlement of 56 Indian immigrants in the area in 1838. The Indians were brought from India on the Hesperus ship and were sent to the Anna Regina sugar plantation.
Attending the ceremony was the Indian High Commissioner to Guyana, Dr. K J Srinivasa, who said he admires Guyana’s culture and tradition, since it is a multi-cultural society like India. Dr. Srinivasa reflected on the Indians’ voyage to Guyana 188 years ago, saying that they endured much hardship during those 144 days. He said despite that hardship they managed to settle and contribute to the political and economic landscape of Guyana.
India’s High Commissioner to Guyana, Dr. K J Srinivasa, and Minister of Local Government and Regional Development, Nigel Dharamlall, stand beside the recommissioned monument

He noted the Imam Baksh family was one outstanding family that settled at Bushlot after the Hamburg beach was flooded in 1876. The Indian High Commissioner also said that at least 25% of the Indians returned to their homeland, while the others remained in Guyana.
The Indian High Commissioner said Guyana continues to be top priority to India and over the years his country has partnered with Guyana to execute many beneficial projects, which include the multi-million dollar road at Ogle, the purchase of a ferry and the modernisation of the Suddie Public Hospital.
Dr. Srinivasa said there are ongoing solar projects, educational scholarships, and continuous training programme being funded by his government.
Meanwhile, Minister of Local Government and Regional Development, Nigel Dharamlall, in his remarks said indentured immigrants were the real pioneers of the global Indians. He said the Indians survived all kinds of oppression during the indentureship period.

Minister Dharamlall mentioned that preserving the settlement is an act of “Dharma”and a way to continue to pave the way that the Indian immigrants have set. He noted that the immigrants have paved the way for colonialism and Guyana’s independence.
He used the occasion to commend the efforts of the RDC to organise the programme.
Regional Executive Officer (REO) Devanand Ramdatt who chaired the programme, said the day is symbolic and historic for the region since the monument was left unrecognised for more than five years. He said a special committee was set up to ensure that additional expansive and beautification works were done on the site to preserve the settlement. A representative from the Indian Action Committee (IAC), Shaira Ali, said that the body is happy to be a part of such a momentous occasion that celebrates the life of the indentured immigrants. She said that the IAC has a long history of hosting several IAC Indian Arrival Day programmes.
She also remembered the late Isahack Basir for helping the IAC to compile the history of sugar estates in Region Two.

“Anna Regina is significant in the history of the Indo-Guyanese because of the fact that it was one of the first sugar plantations which was allotted to Indian indentured labourers to the then British Guiana,” Ali said. Ali further explained that Indians that came on the Hesperus were distributed to three estates namely, Vreed-en-Hoop, D’ Stanvastighied on West Bank of Berbice, and Anna Regina. She said a total of 56 Indians were allotted to the Anna Regina plantation, inclusive of three females and six children. In 1843, survivors returned to their homeland India with monies in their pockets. From the 56 Indians who came to Anna Regina, four reportedly died.
Also delivering remarks during the ceremony was Regional Chairperson Vilma De Silva. She told the gathering that her ancestors came with the Whitby ship.
In noting the numerous sacrifices they had made to develop Guyana’s economy, she said the indentured immigrants were determined to be leaders in Guyanese society. De Silva said Guyana is fortunate that the business sector is populated with Indian businessmen, which is evidence of the sacrifices their foreparents made.
She later called on the Indian High Commissioner to help the region in developing its agricultural sector.
Leaders from the three main religions and representatives of the Essequibo Chambers of Commerce and Industry (ECCI) and Regional Vice Chairman Humace Oodit were among those who attended the ceremony.
Always tell someone how you feel because opportunities are lost in the blink of an eye but regret can last a lifetime.
cricketwindies.com/forum/ 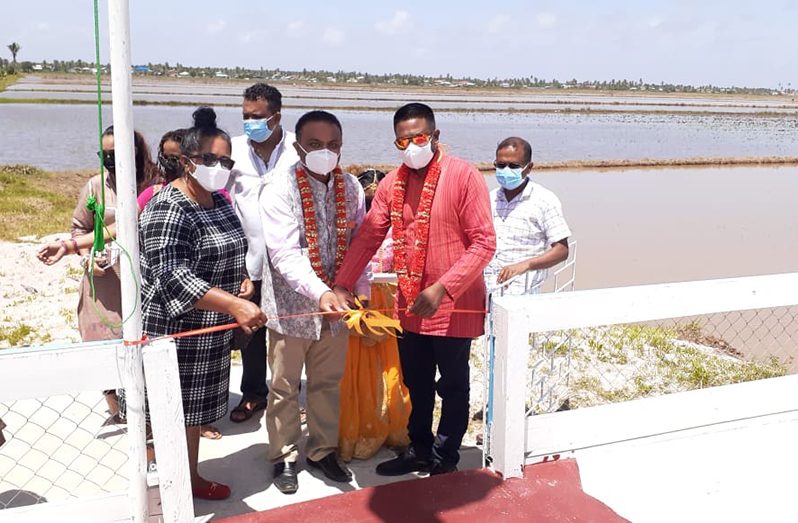