Less More
19 May 2021 13:58 #389961 by chairman
GUYANESE John R. Rickford, professor of linguistics and the J.E. Wallace Sterling Professor in the Humanities, emeritus, in the School of Humanities and Sciences at Stanford University (SU), is among 120 newly elected members of the National Academy of Sciences (NAS).

He is also one of the university’s six researchers who were bestowed this honour in April this year.

According to its website, the NAS was established in 1863 by an Act of Congress, signed by then US President, Abraham Lincoln, as a private, non-governmental institution, charged with providing independent, objective advice to the United States on matters related to science and technology.

Membership to this prestigious academy is widely accepted as a mark of excellence in science and is considered one of the highest honours that a scientist can receive. Members are elected by their peers, who are current members of the academy, in recognition of their distinguished and continuing achievements in research.

Born on September 16, 1949, Professor Rickford attended the Sacred Heart Roman Catholic Primary School, after which he received a Government of Guyana scholarship for secondary education in 1960 and ventured to Queen’s College. At QC, he received the college’s prize for best results at London University’s General Certificate of Education (GCE) Ordinary Level exams in 1965.

Two years later, he received the Wishart Memorial Prize for distinction in English at the London University’s GCE Advanced Level exams and taught English for a year at his alma mater. In 1968 he received a Fulbright Institute of International Education grant for undergraduate study in the US.

He subsequently attended the University of California, Santa Cruz until 1971 when he graduated with his Bachelor of Arts (BA) in Sociolinguistics with the highest honours.

Professor Rickford taught Linguistics at the University of Guyana (UG) from 1974 to 1980 and during that time, he was also Assistant Dean of the university’s Faculty of Arts.

The primary focus of Professor Rickford’s research and teaching is sociolinguistics, the relation between linguistic variation and change and social structure. He is especially interested in the relation between language and ethnicity, social class and style, language variation and change, pidgin and creole languages, African American Vernacular English, and the applications of linguistics to educational problems, his website states.

He is the author/editor of numerous scholarly articles and several books, including A Festival of Guyanese Words (ed., 1978), Dimensions of a Creole Continuum (1987), African American English: Structure, History and Use (co-ed., 1998), Creole Genesis, Attitudes and Discourse (co-ed., 2000) and Spoken Soul: The Story of Black English (co-authored, 2000).

To date, Professor Rickford has received a number of academic honours and served in a number of distinguished positions; his work is also highly awarded. His book ‘Spoken Soul’ received an American Book Award in 2000 and in 2016 he won the award for the Best Paper in the journal ‘Language’.

He served as President of the Linguistic Society of America in 2015 and was, in 2017, elected to the membership of the American Academy of Arts and Sciences (AAAS), an independent research centre founded in 1780. Its members included Martin Luther King, Jr., John F. Kennedy, Albert Einstein, Charles Darwin and Winston Churchill.

Professor Rickford is married to Angela Rickford, née Marshall, who attended The Bishops’ High School, and is now Professor of Education at San Jose State University. They have four children: Shiyama, Russell, Anakela and Luke.

More information about Professor Rickford and his work can be found on his website johnrickford.com, which houses a plethora of his writings, including books, articles and reviews.
Always tell someone how you feel because opportunities are lost in the blink of an eye but regret can last a lifetime.
cricketwindies.com/forum/ 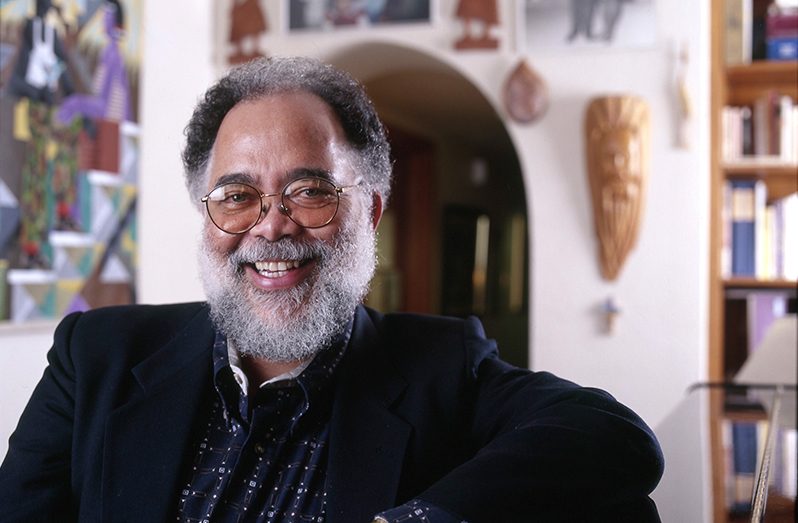 Less More
20 May 2021 11:29 #389965 by chairman
Big up
Always tell someone how you feel because opportunities are lost in the blink of an eye but regret can last a lifetime.
cricketwindies.com/forum/

Vice President Harris, whose mother was from South India. Harris, who has relatives living in India,

on Friday called the crisis a “great tragedy.”

YET she denounces Palestine