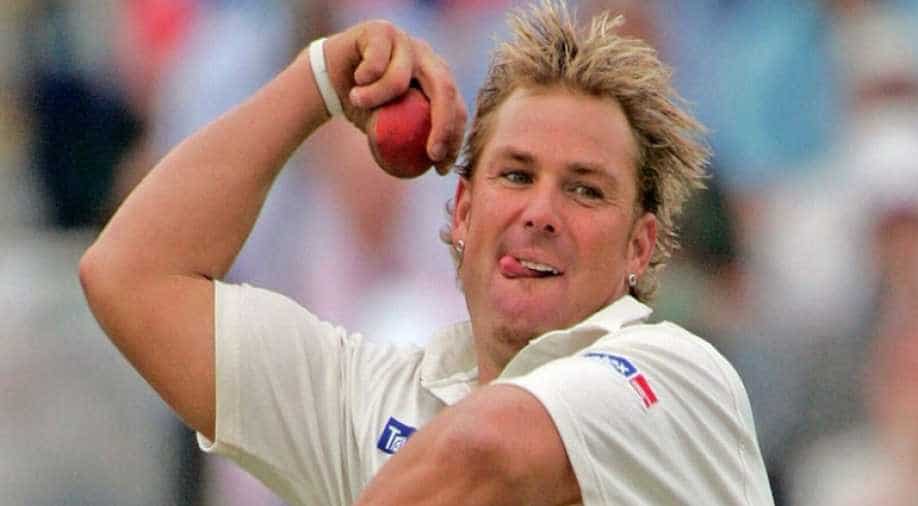 It was the first ball bowled by Warne in a Test match in England. Mike Gatting that stocky and gritty English batsman, whom several commentators posited would normally eat spinners for breakfast, faced the ball. England were cruising at one for 80 chasing a small Australian total.

This is how Paul Barry in his book Spun Out, Shane Warne, the authorised biography of a cricketing genius, described the delivery: “The bare facts of it are that at 3.06pm on 4 June 1993, a leg break from Warne landed outside Gatting’s leg stump at Old Trafford and spun 60 centimetres or roughly two feet to the left, clipping the top of the off stump and removing the bail. But that doesn’t describe how amazing it was. I remember thinking it was impossible for the ball to have spun pass Gatting’s bat and hit the wicket. And that’s clearly what Gatting had thought too.

Looking back at the tapes, what immediately strikes you is how quickly the ball comes through and how slowly the batsman departs. The ball drifts, dips, spits off the pitch and wreaks its havoc in about the time it takes to blink twice. Gatting stares at his wicket, then at the umpire, clearly expecting a reprieve and stands there for almost 10 seconds.”

Finally, Gatting tucked his bat under his arm and trudged off, shaking his head in disbelief. Ian Botham, England’s hero, later quipped that no one had seen “Gatts” so crossed since the day someone stole his lunch. I watched the ball live on television and I was amazed. I recently looked at a replay and was equally astonished with what the ball did. Warne got three other wickets in the innings.

Another four more dismissals in the second innings earned him the man of the match. Australia won the match easily. Warne repeated his performance in the next Test, which Australia won, with eight wickets. During the series he bagged 34 wickets. At the end of the fourth Test with Australia leading 3-0, Gooch resigned as captain. Chairman of selectors Ted Dexter at the end of the series fell on his sword, having used 24 different players in a desperate effort to turn things around. England sacked seven players, including Gatting, and had to hold a cocktail party so new ones could get to know each other.

In relation to the ball, Shane Warne wrote in Shane Warne, My Autobiography, ” In the second or so it took to leave my hand, serve to pitch outside leg stump, fuzz past the batsman’s lunge forward and clip off stump, my life did change.”

According to cricket analyst and author, Paul Barry, apart from Shane Warne’s leg break, he has four others in his box of tricks which are the ones that really cause damage: the flipper – the skidding-back spinner that keeps low and stays straight; the zooter which is like a flipper that runs out of gas. It looks like a leg break, but floats out the front of the fingers with some backspin on it and then goes straight on.

Then there is the top spinner, which is bowled with overspin, not side spin. This one loops in the air, drops shorter than you expect and bounces high off the pitch without turning; then there’s the wrong’ un, the one that spins from off to leg as you look at it from the batsman’s point of view. Also called the googly, it goes the other way to the standard leg break. I may also want to add sledging as a weapon. Batsmen around the world suddenly realised that Shane Warne had a weapon that could pierce any armour. Some analysts referred to it like an Exocet missile that the British unleased against Argentina during the Falklands War.

In 1992, Shane Warne had an unimpressive entry into Test cricket against India. After 40 overs he got the wicket of Ravi Shastri, caught by Dean Jones for 206. His overall figures in the series were one for 228. He was subsequently dropped from the Test team. He was later recalled and went on to play 145 Test matches, bowled 40,705 balls, took 705 wickets, best bowling 8 for 71, best match figures 12 for 128, average 25.42 and an economy rate of 2.65.

He bamboozled batsmen across the world. Only Sachin Tendulkar and our own Brian Charles Lara, the Prince of Port of Spain who later became the King of the Cricketing World, on numerous occasions tamed him. Lara and Warne were fierce competitors on the field of play, but they developed a bromance relationship off the field. In 2000, Warne was named one of Wisden’s Cricketers of the Century. He was arguably among the greatest bowlers ever to play the game. He excelled with the ball in all formats of the game. He was a reasonable low-order batsman, scoring 3,154 runs. He is the only batsman to score over 3,000 runs in Test cricket without recording a career century. He scored 99 in a test match. That significant single eluded him and he retired in 2007; some experts said that it was a little too early.

Wow! I believe that this is a good time for me to close my innings. However, many more titillating facts about the, ” Ball of the century, ” The ball from hell, ” The wonder ball, ” or, ” The ball ” and the magnificent achievements of Shane Keith Warne can be gleaned from Cricinfo, Spun Out, Shane Warne, the authorised biography of a cricketing genius by Paul Barry and Shane Warne, My Autobiography.
Always tell someone how you feel because opportunities are lost in the blink of an eye but regret can last a lifetime.
cricketwindies.com/forum/