Less More
15 Jun 2021 12:54 #390339 by chairman
FORMER West Indies U-19 all-rounder, Bhaskar Yadram and former West Indies Test cricketer, Assad Fudadin were instrumental in leading the Liberty Lions to a six-wicket victory against fellow pro-Guyanese side, Meten-Meer-Zorg Cricket Club NY, when action in the New York National Cricket League 30-over Saturday Tournament continued over the weekend.
The Lions won the toss and opted to bowl at Baisley Pond. MMZ showed fight with a few batsmen getting starts, including former national U-19 cricketer, Looknauth Chinkoo, who struck 33 (4X4s, 1X6) from 24 balls and former national youth cricketer, Kelvin Shewprasad, who finished with 24 from 25 balls.
Opener Andy Mohammed added 23 from 36 balls, while Navin Stewart was more aggressive with 23 from 20, but in the end, no one played the big innings. 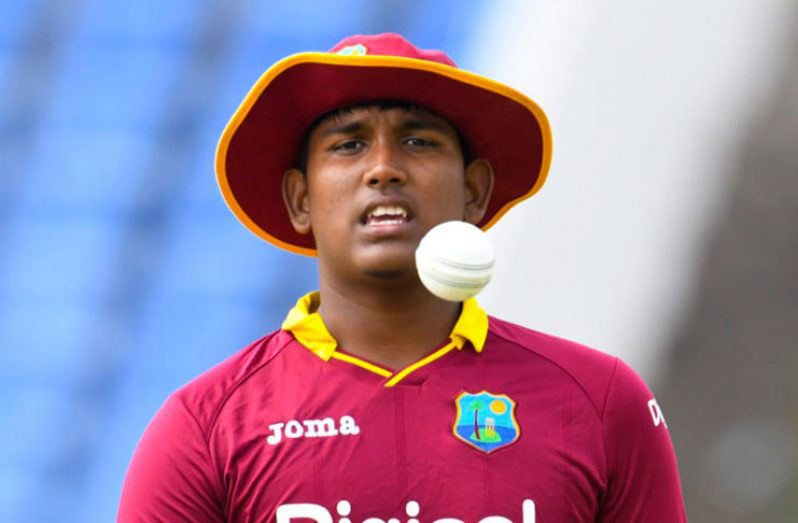 Guyanese cricketers, Yadram and Fudadin, with their medium pace, kept things in check early and although the former had a respectable economy rate of 5.17 with 31 runs coming off his six overs, he did not get a wicket. Fudadin, on the other hand, was able to dismiss skipper Shewprasad via the bowl and caught route, while he also bowled Keith Edie (2).
Avo Yogeshwar Singh was the pick of the Lions’ bowlers with 3-19 from six overs, while Andrew Tomby and Kevin Ramdeen supported with two wickets each to help restrict MMZ for 169 in 28.3 overs. It reply, it took the Lions 24 overs to overhaul the target. Yadram, batting at four, led the charge. He struck four sixes and three fours off 56 balls for a match-high unbeaten 67. Fudadin, who opened the batting, finished with a run-a-ball 34 (2X4s, 2X6s).
Rohit Martin Dutchin (25 from 22 balls) also played his part.
MMZ used seven bowlers, but Matthew Lutchena led the attack with 2-28 from five overs.
Always tell someone how you feel because opportunities are lost in the blink of an eye but regret can last a lifetime.
cricketwindies.com/forum/