Less More
18 Nov 2021 13:47 #394568 by chairman
(REUTERS) – Former Yorkshire player Azeem Rafiq broke down in tears yesterday as he told a British parliamentary committee of “inhuman” treatment at the cricket club and described the sport in England as riddled with racism. 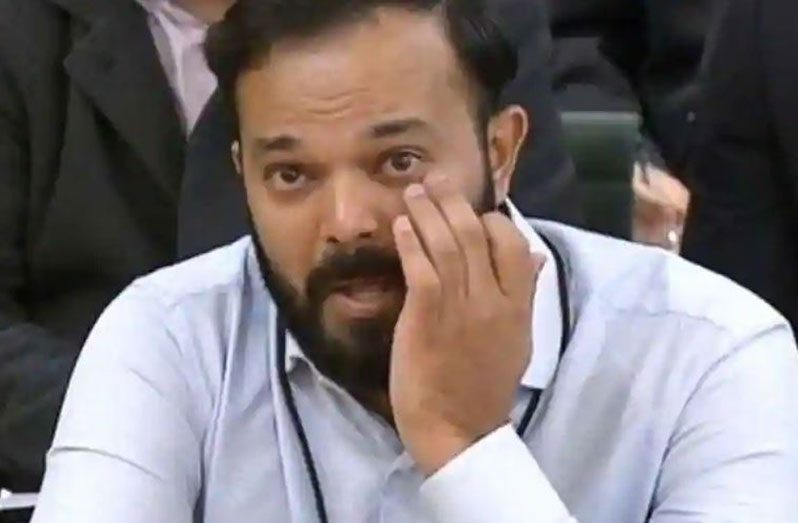 In more than an hour of testimony, Rafiq, 30, an offspin bowler and former captain of the England Under-19s of Pakistani descent, catalogued a damning culture of widespread racism at Yorkshire.
He and other players with Asian backgrounds were subjected to comments such as “You lot sit over there” and referred to as “Paki” and “elephant washers”, Rafiq said.

“I felt isolated, humiliated at times,” he added in emotional testimony to the parliamentary Digital, Culture, Media and Sport (DCMS) panel.

Rafiq, who played for Yorkshire from 2008 to 2014 and again from 2016 to 2018, recounted having red wine poured down his throat as a 15-year-old and spoke of Asian players being singled out for mistakes while they were fasting.

Rafiq broke down as he recounted the day he returned after losing his son, around the same time that he had raised concerns about racism at the club. He said Martyn Moxon, the club`s director of cricket, “ripped the shreds off me” in a meeting.

“Some of the club officials were inhuman,” said Rafiq. “They weren`t really bothered about the fact that I was at training one day and I get a phone call to say there`s no heartbeat.”

He also said the racism he endured at Yorkshire was “without a shadow of doubt” replicated across the country and said the England and Wales Cricket Board (ECB) were more concerned with box-ticking exercises than increasing the number of South Asian players becoming professionals.

Former Yorkshire chairman Roger Hutton and Tom Harrison, chief executive of the England and Wales Cricket Board (ECB), were due to answer questions later.

Hutton resigned following criticism of Yorkshire`s handling of an investigation into the claims first made by Rafiq in 2020. In his resignation letter, Hutton said there had been “constant unwillingness” from members of Yorkshire`s hierarchy “to apologise and to accept racism and to look forward.”

‘RACISM IS NOT BANTER’
New club chairman Kamlesh Patel has apologised, praised Rafiq for his courage and promised “seismic change”.
Rafiq described the atmosphere in the dressing room under former captain Gary Ballance as “toxic”.

“Andrew Gale came in as coach, Gary Ballance as captain, and the temperature changed. I felt isolated. On tour, Gary Ballance walked over and said: ‘Why you talking to him?’ Going past a corner shop, I was asked if my uncle owned it,” he said.

“(Yorkshire director of cricket) Martyn Moxon and (head coach) Andrew Gale were there. It never got stamped out.”

Yorkshire said last week that Moxon was absent from work due to a “stress-related illness”, while Gale had been suspended for an alleged anti-Semitic tweet he sent in 2010.
Reuters has been unable to reach either for comment.

Ballance, who played 23 Tests for England, had described Rafiq as his “best mate in cricket” but admitted he used a racial slur and regretted his actions.
“Paki is not banter, racism is not banter,” Rafiq added.

Asked about the scale of the problem in English professional cricket, Rafiq said: “It`s scary. It`s clear the problem is there. Everyone has known it for a very long time.
“It`s an open secret. I`ve seen that if you speak out, your life is made hell.”

Some of English cricket`s biggest names have been dragged into the controversy.

Rafiq says ex-England captain Vaughan told him and two other players of Asian origin that there were “too many of you lot, we need to do something about it” before a match in 2009.
Vaughan denies that.

“It was a long time ago. He might not remember it because it doesn`t mean anything to him,” Rafiq said.

Rafiq has also expressed hurt that current England captain Root, a Yorkshire player, said he had never personally witnessed racism at the club.
“Rooty is a good man,” he told legislators yesterday.

“He has never engagned in racist language. Maybe he didn`t remember it, but it shows the institution that a good man like him cannot remember those things.”
Always tell someone how you feel because opportunities are lost in the blink of an eye but regret can last a lifetime.
cricketwindies.com/forum/